Premise: A lawyer and a young man with mind-reading abilities re-connect 10 years after she witnesses his father’s murder. They work together to solve her cases, until the murderer gets released from prison and all hell breaks loose.

I’ve written so much about I Hear Your Voice already that this final review seems a little redundant. So I’ll just come out and say it and save those who just want to know whether I liked it or not the trouble of trudging through to the end: I really liked this show. Watch it. The end.

Every noona needs a dongsaeng to give her a back hug

I never imagined that I Hear You Voice would turn out to be the show it became. It presented itself as a breezy rom-com coalescing around the weekly legal procedural. There were some hints of subverting some expectations of run-of-the-mill from the start. We had a prickly lead in Hye Sung (Lee Bo Young)  with a massive chip-on-her-shoulder and a bundle of regrets. She rubbed people the wrong way, hated her job. She bursts Su Ha’s (Lee Jong Seok) bubble, he who was crushing on her like a devoted puppy-dog.  The show also gave us Lawyer Cha (Yoon Sang Hyun) who despite his dorkiness was played as a viable candidate for Hye Sung’s heart. Then came creepy baddie Min Jung Gook (Jung Woong In) who did the unthinkable.

It was then that things got real serious. We weren’t in Kansas anymore. What started as a rom-com morphed into a surprisingly intense ride of suspense, emotions and angst, featuring a web of interconnected people,  and ended up as a big-hearted study of compassion, justice and truth. Who knew that this show had such out-sized ambitions? 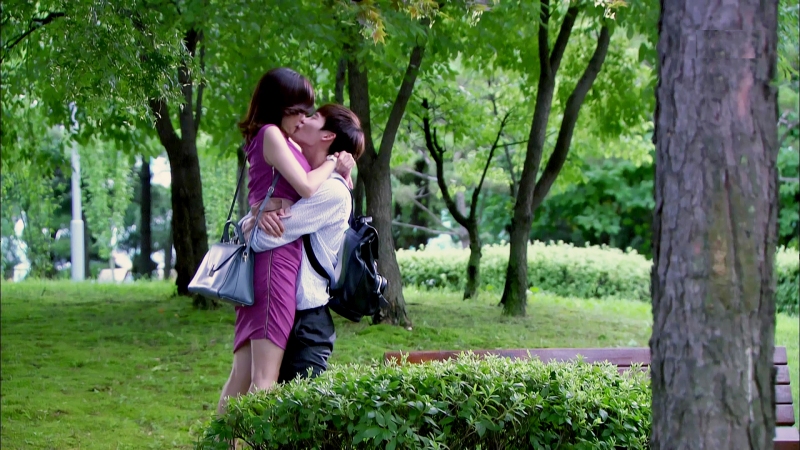 Sure show, kill us with cuteness will ya

What really kept me coming back each week wasn’t the cliffhangers, it was the relationship between Su Ha and Hye Sung. This isn’t the traditional noona romance. The power dynamic between the two constantly shifts but is largely equal. Hye Sung may be much older, but she isn’t beyond petty immaturity, and her being in danger forces her to rely on Su Ha’s imposing physicality. But here’s where the show subverts expectations again: for all his macho bluster about protecting Hye Sung, it’s Hye Sung who saves his hide time and time again. This level playing field is why their age difference is rightfully acknowledged but never treated like a legitimate obstacle in their relationship.

They connect as two lonely hearts who find in one another a willingness to stick by each other when the world has turned its back on them. We get to see them grow together both as people and as a pair. They have an impact on one another and help each other become better human beings. This is a more nuanced depiction of love than we’re used to seeing in a drama like this. In this light, the show is really a coming-of-age story of sorts for both characters and the show devotes itself to both their stories equally. That we get to see so much sweet intimacy feels like icing on the cake. (They may not be the most sexually-charged couple in dramaland but they’ve sure as hell cornered the market in loveability). 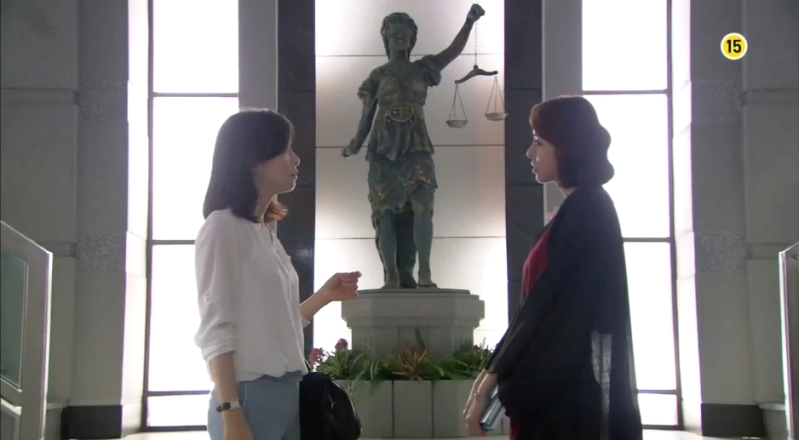 Frenemies are the new besties

The other characters that orbit the two aren’t there for window dressing either. This truly feels like an ensemble cast with none of usual second-lead business of being meddlesome or hateful. Writer Park Hye Ryun has an affinity for women characters and the love-hate dynamic between Do Yeon (Lee Da Hee) and Hye Sung, with their past histories and baggage, is complex and multi-dimensional. They’re natural foils because they’re both sides of the same coin. The meatiness of their relationship is something to shout about, being so rarely depicted in dramaland. Do Yeon feels fully formed as a character and rightfully anchors a crucial sub-plot in which Lee Da Hee gets to shine a little. 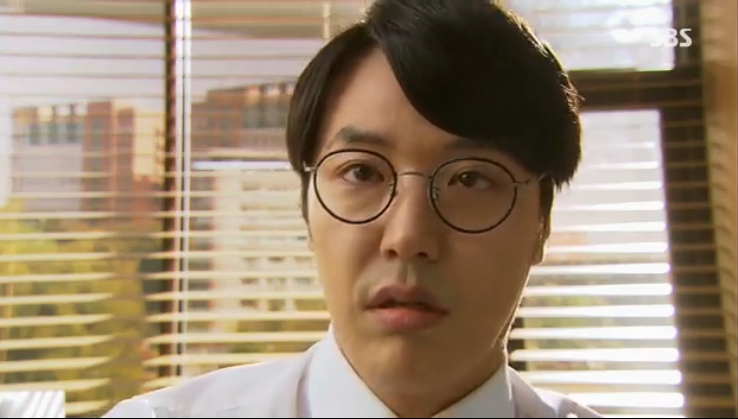 Ditto Lawyer Cha who is the steadfast, bleeding heart of the show. He’s a worthy colleague, and an able challenger for Hye Sung’s affections. But he’s often the bigger person, and he pays for his naivete in more ways than one. He plays a huge role in the story, as Su Ha’s de facto father figure and as the person who brings out the best in those around him.

This writer has plenty of affection for her characters, and it shows. The villain gets his opportunity for redemption, and even the bit characters are so darling: I would watch a spin-off show starring Chong Ki and Sung Bin. She’s also clever at deploying oft-used devices such as amnesia and forced proximity really well, and has such a keen sense of where the emotional centres are in her story.

The mechanic and the manicurist should have their own show

Did I think that the legal stuff could’ve been done with more finesse? Oh yes. Did I cringe a little at the show’s lack of subtlety in teasing out its themes of justice and compassion? At times. Did I think that the two-episode extension did more harm than good? A little.

At the end of the day, does it matter? Not one bit.

I Hear Your Voice