Gracious me. I decide to hibernate and switch off from all things K-drama related for a couple of weeks and look what happens? An epic bombshell the likes of last year’s Park Shi Hoo the very week I decide to emerge!

Truth be told, I needed a break from the K-ent related-internet. I just needed some distance from the chatter of social media and the blogosphere. I popped up on twitter occasionally, but for the most part, I just happily watched Fated to Love You (*heart*), marathoned Yoona’s Street (*cuddles*), and sussed out a lovely C-drama 1 Servant 2 Masters all by my lonesome. I enjoyed my comfy cocoon immensely and it helped that my dramas were kick ass company.

But the result of my retreat into blissful ignorance is a neglected tumblr queue (I have no idea what exactly my tumblr has been churning out the last couple of weeks, sorry for the random incoherence tumblr followers!) and a stagnant wordpress blog that should’ve have posted at least two new things by now.

So this is me making my sad sorry face: 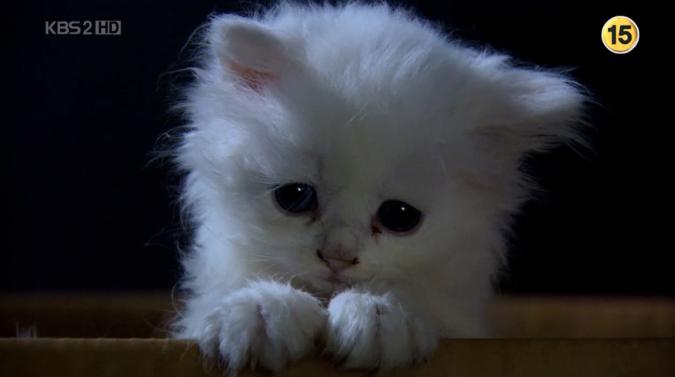 I’m also in a bit of a post-hibernation fog so bear with me as we go into this week’s links round-up:

1. You guys will have to tell me which of the new primetime debut dramas–My Secret Hotel, Three Musketeers, Discovery of Love–are floating your boats because, hibernation remember? I do remember that tvN’s Plus Nine Boys premiers this week, only because I wrote bout it earlier. And speaking of cute boys, has there been a stream of extremely loveable leading lads lately or is it just that I’ve generally dropped the nasties? Is this the year of the nice male lead?

2. The ALS ice bucket challenge phenomenon made landfall in Asia over the past week and not even the likes of reclusive, publicity-shy Won Bin could resist! That’s pretty powerful stuff. With Orange Jasmine Purple Yam’s rundown on some Asian stars who’ve done this along with this handy gifset over on the K-pop side, I’ve gotten up to speed. Meanwhile, critics have some legit grouses  but millions of dollars have been raised so far which is always a good thing, right?

3. As all things Hallyu continue to make inroads into the US pop culture mainstream, so come the resources to help navigate the clueless and the curious. Euny Hong is an Korean-American journo whose new book The Birth of Korean Cool leverages on her experience of spending her formative years in Korea to provide some insight into the ROK’s pop culture machine. Here’s an excerpt that left me wanting more, along with another little snippet here, some positive reviews here and an interview with the author here.

6. Okay, so the Kim Hyun Joong bombshell. I have nothing of substance to add except to say that I’m tired. I’m tired of reading callous and ignorant comments that disturb me every time a crime like this is committed.  Having the image of sweet and gentle Ji Hoo irredeemably shattered must be awfully hard to bear for so many of us who are invested in this business that feeds on our willingness to buy into illusions. But celebs are mere mortals too. Turns out oppa is just a man, neither a monster nor a psychopath, but a man who by his agency’s admission, put his girlfriend in hospital and needs some serious help less he do this again.

And before I sign off, there’s a new (?) blogging award making the rounds and I’d like to say thanks to Asian Reviewer Maniac  for nominating me for the Sunshine award! I swear I haven’t forgotten about this, it’s just that, well, hibernating! Soon, okay Ms Hyunnie?