Where do you talk dramas? If you’re anything like me, since no one I know personally watches K-dramas and more importantly, is willing to indulge me, it’s probably on the internet.

Since starting my blog, I’ve discovered a vast ecosystem of online spaces where K-drama fans converge and connect. From blogs to forums to social media, there’s no shortage of platforms through which to talk about your favourite drama, squee about your latest K-crush, or rant about an insipid ending.

Since I use all of these platforms to varying degrees, I’ve since become accustomed to the different ways one can talk dramas. I consider my blog my home base, where I get to collect and expand on my thoughts, and where hopefully, others feel free to converse with me.

Twitter lends itself to pithy, quippy immediacy. Forums like Soompi threads are haunted by obsessives with the patience to scroll through endless pages of postings. Tumblr is a free-wheeling playground, entertaining and image-heavy, and a happy medium for those who don’t write lengthy spiels but need more than 140 characters to express themselves.

Which leads me to Facebook. Though I don’t participate often, one of my favourite FB spaces is Operation Kdrama Chat. Started by a trio of friends who met–where else?–online, it’s a Facebook group that stands out from many other FB groups which often can feel random and scattershot. For one, the group organises moderated discussions every Monday and Thursday around a specific drama chosen by the community, sparking delightful commentary and dialogue. There’s no shortage of activity on other days though, as members pop in to chat about whatever’s on their mind.

In short, it’s a thriving, welcoming space that’s nurtured with care. So as the group’s celebrates its second anniversary, I thought I’d ask it’s founders Stephanie (of Crazy for Kdrama), Cherry Cordial and Laurie about what makes them, and the group, tick:

1. How do you all know each other?

Stephanie: LAUGH. How does any K-drama fan find like-minded individuals? The internet! I believe that Cherry and Laurie started commenting on Crazy for Kdrama and then, as the end of the year was coming up, I asked them if they would be willing to do an end-of-the-year post for me and talk about their favorite dramas of the year. During that process, we moved our friendship over to Facebook Messenger. Before long, we were chatting pretty much non-stop about K-drama, K-pop, and our regular lives.

Cherry Cordial: I’m shy and generally a lurker, but I stepped out of the shadows and commented on Stephanie’s blog. I think it was a post on Pasta that lured me in, since I have a weakness for Chef (or Chep, as Stephanie calls him). When she asked me to do an end of the year post for her, I was sooooo nervous, but I’m so glad I did. Who knew it’d be the start of a great friendship?

Laurie: As Stephanie said, via her blog. I stumbled across Crazy for Kdrama’s Khottie of the Week post of my Song Seong Heon. I quickly read her blog, commented, liked her Facebook page, and moved quickly from there.

2. When did you start the group? And why? I take it you were inspired by book clubs?

Stephanie: We actually started Operation Kdrama Chat just a few weeks after becoming friends. About a year and a half ago? In December on the blog, I was doing my ‘Month of Kdrama’ where I put all other life aside and tried to watch as many dramas from the past year that I could in a month so I could do my own end of the year review. I believe it was Cherry who suggested we watch one together — and the idea blew up from there.

As Kdrama watchers, we are a solitary bunch, there just aren’t enough people in our lives who are willing to watch these awesome shows with us — no water cooler to huddle around the next day to talk about what we’ve seen. Unfair. So we decided to take the chance and open up Operation Kdrama Chat (named after our first drama, Operation Proposal) and see if anyone wanted to join in. If so, awesome. If not? That’s okay — so long as we entertained ourselves. Now we’re nearing 300 members! (DDee: This was true at the time of the interview which was several months ago. Now the group numbers 450…and counting!) 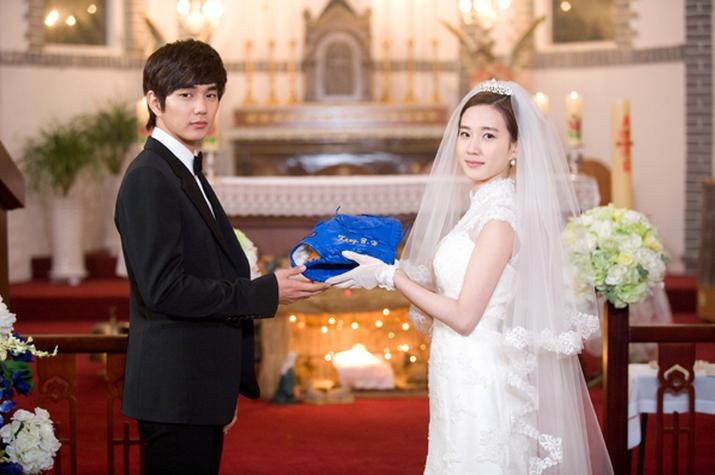 Operation Proposal: The drama that started it all

Cherry Cordial: Good memory, Stephanie. I remembered that it was at the end of the year, but I couldn’t remember exactly what put us there. And yeah, I’d never watched with anyone else before, the most I’d done at that point was watch an episode then read recaps to see what others thought of it, so the idea of realtime discussion was so exciting to me. I’ll admit, I really never thought it’d be anything more than Stephanie, Laurie, and I talking, but look at us now!

3. Is there a difference between spaces like FB as opposed to forums or blogs as discussion spaces? What is it about FB that works for you?

Stephanie: We actually never tried any other option — we went directly to Facebook and stuck with it. I think because it’s so accessible? And doesn’t seem quite so formal. I’ve tried to join forums before, but the process just seemed so daunting. We just wanted to hang out and talk with friends about tv.

Cherry Cordial: Yeah, I think we started on Facebook because it was where we were already hanging out, and a lot of people are already members, so we didn’t have to bring them into a new space. I’ve tried forums before, but they just didn’t click with me. And I’ve seen people do awesome communities through blogs, but it didn’t feel like the right place for a discussion group.

Laurie: Facebook is also open and accessible to anyone around the world. To be an admin of forums seems to be much more work. That is just not what we wanted it to be about.

Fans really need a place to go, hang out, and chat with like-minded people

4. How has the group evolved since it started? Has the mechanics of running the group changed at all?

Stephanie: We have evolved — a lot. First off we, as the admins, just decided which dramas we would watch, then opened it up to a poll of three. However, we want to try and balance watching dramas we admins actually want to see and wanting to make this as inclusive and democratic as possible. After a while, we wanted to give people more of a chance to be involved with the process, so we created the theme poll. We go through our extensive spreadsheets, choose two themes to vote on and then, within that theme, we put up three dramas to choose from. Now, as we’ve gone along we’re having a lot more discussion between episode days, which is nice — fans really need a place to go, hang out, and chat with like-minded people.

Cherry Cordial: Stephanie covered most of it. Also, in the beginning, it was so small, and most of the guidelines were common sense (no trolling, no spoilers, things like that), so we didn’t have any written policies. As time has gone by, and we’ve gotten larger, it became necessary to put a short policy list together, just so everyone’s on the same page, but we haven’t had many issues so far. One of the larger changes, and one that we really discussed — both among the admins and in the group — was taking the group from Public to Closed. We wanted to be inclusive, which is why it was public to begin with, but some people didn’t feel comfortable discussing when the posts showed up publicly on their walls, plus there were concerns about spoilers, for those who weren’t members.

Laurie: It seems individually, our lives have become busy and we’re not always able to participate on discussion days. We currently added moderators to help on those days.

We try to think outside the box, look at Kdrama as a whole, and try to maybe watch the dramas that people would, in their regular watching, pass by

5. What are the biggest challenges involved in running the group and keeping it alive?

Stephanie: I think the biggest challenge we’ve faced is balance — trying to not let the group run away from us, balancing what fans want to do, and remembering why we created the group in the first place. While we love the fact that lots of people love to talk about dramas, we don’t want to let go of discussing, breaking down what makes a good drama episode by episode.

Cherry Cordial: I’d also say that as admins, it’s part of our job to help keep the discussions going, which sometimes doesn’t work when real life gets in the way. So recently, we recruited a couple of awesome volunteer moderators, which has really helped keep everything flowing smoothly.

6. The group isn’t the only Kdrama FB group out there, what makes Op Kdrama Chat different?

Stephanie: LAUGH. I might not be the one to answer this one as I’m not part of any other Kdrama FB groups — OKC keeps me on my toes as it is. I like the work that we put into it, our theme polls and drama choices. Usually in the drama groups I’ve seen, they are talking about the newest and brightest. We try to think outside the box, look at Kdrama as a whole, and try to maybe watch the dramas that people would, in their regular watching, pass by.

Cherry Cordial: I belong to a several other groups, and they’re fun and friendly, but none of them have a focus on discussing one drama at a time, like we’ve done. I like having a place to pick apart dramas to see what makes them tick.

Laurie: For me other Facebook groups I am part of, it is a mismatch of anything and everything Korean/Asian entertainment. While our members can post about other things here, we always bring it back to the drama discussion, to the current drama we are discussing.

I like having a place to pick apart dramas to see what makes them tick.

7. What are some of your learnings so far from running this space?

Stephanie: Hmm…Being open to change? In a group has large and as diverse as ours, things move fast and if we want this to work (and we do) we have to be willing to try new things in order keep ahead of everyone. Maybe also the fact that as an admin, sometimes you have to step out of the fangirl shoes and be the boss? Not an easy task! Thank goodness we have each other!

Cherry Cordial: Running something like this on my own? Next to impossible. But with teamwork and the help of awesome friends? The sky’s the limit.

Laurie: That sometimes even with two episodes a week, real life can make it challenge to keep up. To take a moment and appreciate that we now have friends all around the world, as a result of this group.