It’s been awhile since I put one of these puppies together, and since I’m experiencing a bout of blogging inertia, the time is right for a photo-heavy, text-light and hopefully laugh-laden post 😀

I don’t keep up with fashion trends, but I do remember when there seemed to be a spate of K-actors wearing very large hats and thinking, good lord that’s big.

Jung Kyung Ho’s had bad luck with hats. It hasn’t turned for the better:

END_OF_DOCUMENT_TOKEN_TO_BE_REPLACED

I’m late once again my friends! But better late than never isn’t that what they say? In this week’s round-up: Secret Love Affair, drama reunions, getting married in Korea, Yoon Mirae, Lee Michelle and more!

1. Secret Love Affair has completely swept me away both intellectually and emotionally, and I’m not surprised that it’s a bonafide ratings hit in Korea. And here’s another sign the show has struck a chord with audiences, parodies have started flying around. SNL re-enacted the drama’s infamous piano-playing scene between Yoo Ah In and Kim Hee Ae, and go on to turn other mundane stuff like eating corn into orgasmic experiences. Which is pretty reassuring for me to note that it’s not just my mind that’s in the gutter–the whole of Korea sees the same obvious code for sex everywhere in this drama!  Also the shine of Kim Hee Ae’s make-up hasn’t escaped notice but that doesn’t really bother me. Her character is blossoming like a rose in the morning dew, people!

Here’s the preview for tonight’s episode (which I haven’t seen because I don’t want to get spoiled). The plot thickens!

And speaking of Kim Hee Ae here’s a translated interview  of this fab actress from that steamy Elle photoshoot.  END_OF_DOCUMENT_TOKEN_TO_BE_REPLACED

There must be a reason why animals feature so prominently in spreads of K-actors. I don’t know what that reason is but I don’t question a gift horse in the mouth. I apologise if fangirls/boys feel like I’m making fun of your darlings but it’s not them, since they remain beautiful people. It’s the cray-cray surrounding them that’s not. And it’s the people who style and shoot them (with cameras, not guns) who are at fault. So here’s another installment of questionable shoots, centered around animals of the stuffed variety. You ready? Let’s go to the zoo!

Here’s Daniel Henney whispering sweet nothings into the ears of a blue teddy. Not sexy. 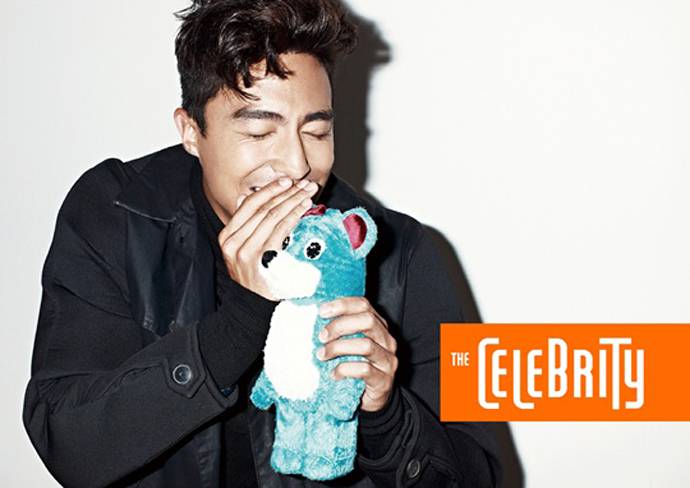 END_OF_DOCUMENT_TOKEN_TO_BE_REPLACED

I don’t usually notice celeb photo spreads unless they fall into my lap, like while flipping through magazines in the hair salon.

Ever since I started this blog though, blogs or sites that I follow regularly post them so they fall into my lap all the time.   It’s all mostly harmless and pretty. After all, it’s hard to make these people look less than pretty. But I think it’s considerably easier to make them look like circus monkeys.

This gem I spotted this week accomplishes both, a real feat: