Peeps, I’m late. Again. But better late with this, than with my period is what I’m saying 😛 (What, we’re all friends here, right? No? TMI?)

1. I don’t keep tabs on K-ent awards because they’re frankly quite bewildering. I didn’t even know today was the Baeksang Arts Awards. The only drama I care about is Secret Love Affair, and guess what? The masterminds Ahn Pan Seok PD and screenwriter Jung Sung Joo won Best Director and Best Screenwriter respectively, and were probably the most deserving winners of the night, if you ask me. (And Lee Bo Young coz she’s great too.)

How much do I love that APS cooly walks up on stage in a jeans and regular shirt looking like an absent-minded professor amidst all the glitz and glamour? So humble, and so BADASS ;).  END_OF_DOCUMENT_TOKEN_TO_BE_REPLACED

In lieu of a review,  and since it’s awards season, I will steal a leaf from Writerly Rants who has given away her own awesome Heirs awards all series long.

The relationship between Kim Tan’s mother and Eun Sang’s mother was everything an OTP’s should be– supportive, reciprocal and a real treat to watch. I enjoyed them, and as the only women in the show who drew strength from each other, it was a source of warmth and light in show that felt so glum. We got to see them grow from unlikely allies to bickering ahjummah besties, despite their class divide (perhaps because the divide was false anyway). Dynamite actresses Kim Sung Ryung and Kim Mi Kyung deserve kudos for being, well, dynamite. END_OF_DOCUMENT_TOKEN_TO_BE_REPLACED

I used to have five reasons, but now I only have one. This guy:

END_OF_DOCUMENT_TOKEN_TO_BE_REPLACED

Could it be that the show has turned a corner? Last week was the best pair of Heirs episodes yet. Here’s why:

END_OF_DOCUMENT_TOKEN_TO_BE_REPLACED

So the general consensus is that everyone is glad that Heirs finally left California and headed back to the motherland this week. I do get it–the English was awkward, the American extras were painfully amateurish, and nothing much seemed to happen. There was a sense that this very Korean production seemed out of place in America.

But that was the point, no? Isn’t California the perfect place for these two lost souls, both out of sorts and out of place, to fall in love? 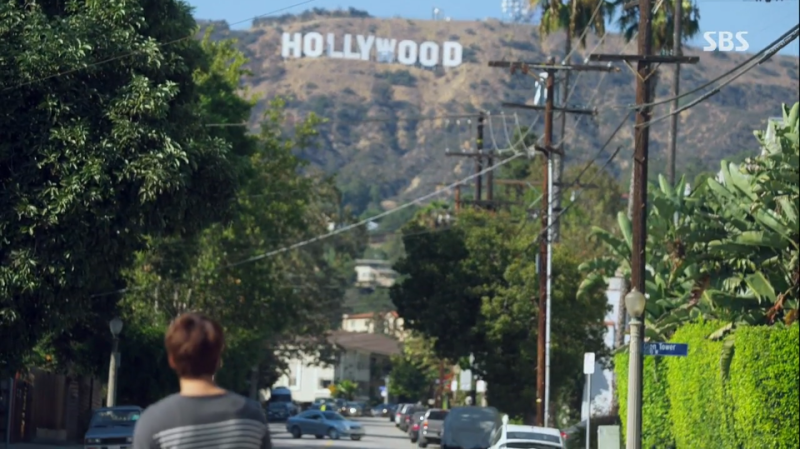 What better place than Hollywood for Eun Sang live out her escapist fantasy from the grinding poverty back home? And what better playground than Los Angeles for Kim Tan to drift in his own bubble of ennui?

California–the land of dreams where a housekeeper’s daughter could cast a spell on a chaebol heir, where her allure glows like those glorious California sunsets over the surf. It’s only possible because it is so far removed from the reality of Seoul. It’s Hollywood after all, where dreams are made, where the impossible could happen and does. Or so Kim Tan tries to sell to Eun Sang.

So we take the great American road trip with them, careening down coastal highways and desert landscapes. It’s exhilarating, the thrill of falling in love for the first time in this very glamorous, very American way. It’s impossibly romantic, and intensely pleasurable.